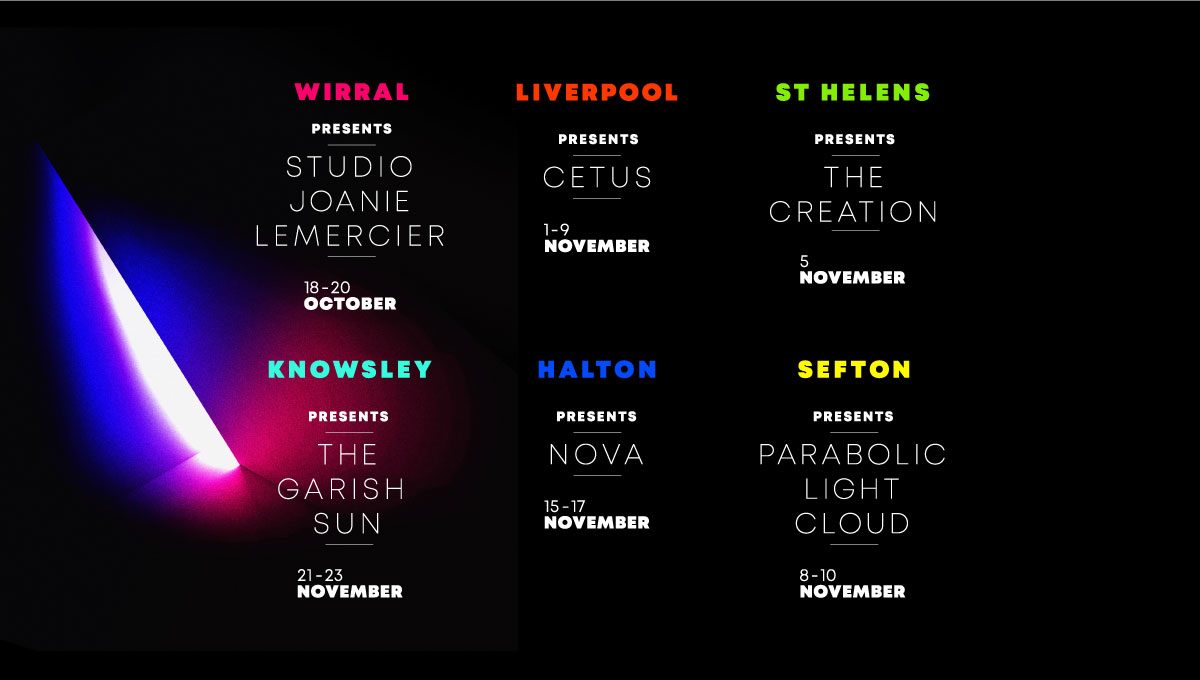 AN arts project designed to inspire local communities to rediscover their local neighbourhoods and spend time stargazing is being launched across Liverpool City Region.

Constellations Presents brings a different artist to Halton, Knowsley, Liverpool, Sefton, St Helens and Wirral to present a work inspired by a specific constellation and its relationship to local stories.

It is the follow-on from the award winning ‘Lost Castles’ which saw six extraordinary cardboard box structures being built and then demolished by communities in locations across the six boroughs in 2018.

The project was instigated by Wirral’s Borough of Culture year, which will launch the season with a spectacular installation by Studio Joanie Lemercier in West Kirby between the 18-20 October.

The final project – in Knowsley – will see local artist Sam Wiehl reimagining local residents and community groups as stars in a disused shop in Huyton village centre between 21-23 November.